On the morning of Sunday, February 13, 2000, newspaper readers opened their comic pages as they had for nearly fifty years to read the latest adventures of Charlie Brown, Snoopy, and the rest of the Peanuts Gang.  This Sunday was different, though; mere hours before newspapers hit doorsteps with the final original Peanuts comic strip, its creator Charles M. Schulz, who once described his life as being “one of rejection,” passed away peacefully in his sleep the night before, succumbing to complications from colon cancer.  It was a poetic ending to the life of a devoted cartoonist who, from his earliest memories, knew that all he wanted to do was “draw funny pictures.”

The poetry of Schulz’s life began two days after he was born in Minneapolis, Minnesota, on November 26, 1922, when an uncle nicknamed him “Sparky” after the horse Spark Plug from the Barney Google comic strip.  Sparky’s father, Carl, was of German heritage and his mother, Dena, came from a large Norwegian family; the family made their home in St. Paul, where Carl worked as a barber.  Throughout his youth, father and son shared a Sunday morning ritual reading the funnies; Sparky was fascinated with strips like Skippy, Mickey Mouse, and Popeye.  In his deepest desires, he always knew he wanted to be a cartoonist, and seeing the 1937 publication of his drawing of Spike, the family dog, in the nationally-syndicated Ripley’s Believe it or Not newspaper feature was a proud moment in the young teen’s life.  He took his artistic studies to a new level when, as a senior in high school and with the encouragement of his mother, he completed a correspondence cartoon course with the Federal School of Applied Cartooning (now Art Instruction Schools).

As Schulz continued to study and hone his artistic style from the late 1920s through the 1940s, the genre of comic art experienced a great shift.  The full-page comics of the 1920s and 30s afforded artists the space to reflect the Art Deco details and sensibilities of the day, including the highly-stylized illustrations of Dick Tracy and Little Nemo in Slumberland.  Newspaper editors in the late 1940s and 50s, however, promoted a post-War minimalist model, pushing their cartoonists to shrink strip size, minimize pen strokes, and sharpen their humor with daily gags and cerebral humor for an ever-increasingly educated audience.  Schulz’s dry, intellectual, and self-effacing humor was a natural fit for the evolving cultural standards of the mid-20th century comics.

Two monumental events happened within days of each other in 1943 that profoundly affected the rest of Schulz’s life; his mother, to whom he was very close, passed away at age 50 from cervical cancer; and he boarded a troop train to begin his army career in Camp Campbell, Kentucky.  Though Schulz remained proud of his achievements and leadership roles in the army for the rest of his life, this period of time haunted him with the dual experiences of the loss of his mother and realities of war.

After returning from the war in the fall of 1945, Schulz settled with his father in an apartment over Carl’s barbershop in St. Paul, determined to realize his passion of becoming a professional cartoonist.  He found employment at his alma mater, Art Instruction, sold intermittent one-panel cartoons to The Saturday Evening Post, and enjoyed a three-year run of his weekly panel comic, Li’l Folks, in the local St. Paul Pioneer Press.  These early published cartoons focused on concise drawings of precocious children with large heads who interacted with words and actions well beyond their years. Schulz was honing his skills for the national market.  The first Peanuts strip appeared on October 2, 1950, in seven newspapers nationwide.  Although being a professional cartoonist was Schulz’s life-long dream, at 27-years old, he never could have foreseen the longevity and global impact of his seemingly-simple four-panel creation.

The continuing popular appeal of Peanuts stems, in large part, from Schulz’s ability to portray his observations and connect to his audience in ways that many other strips cannot.  As each character’s personality has been fleshed out over the years, readers came to intimately understand Linus’ attachment to his Security Blanket, Charlie Brown’s heartache over the Little Red-Haired Girl, Schroeder’s devotion to Beethoven, Peppermint Patty’s prowess in sports and failure in the classroom, and Lucy’s  knowledge of … well … everything.  The rise in Snoopy’s popularity in the 1960s had a direct correlation to his evolution from a four-legged pet to a two-legged, highly-imaginative and equal character in the strip, which allowed Schulz to take his storylines in increasingly new directions.

Charles M. Schulz’s understated genius lay in his ability to keep his well-known and comfortable characters fresh enough to attract new readers while keeping his current audience coming back for more.  His humor was at times observational, wry, sarcastic, nostalgic, bittersweet, silly, and melancholy, with occasional flights of fancy and suspension of reality thrown in from time to time.  When Schulz announced his retirement in December 1999, the Peanuts comic strip was syndicated in over 2,600 newspapers worldwide, with book collections translated in over 25 languages.  He has been awarded with the highest honors from his fellow cartoonists, received Emmy Awards for his animated specials, been recognized and lauded by the U.S. and foreign governments, had NASA spacecraft named after his characters, and inspired a concert performance at Carnegie Hall.  And still today, the Peanuts Gang continues to entertain and inspire the young and the young at heart.

What a legacy for us all. 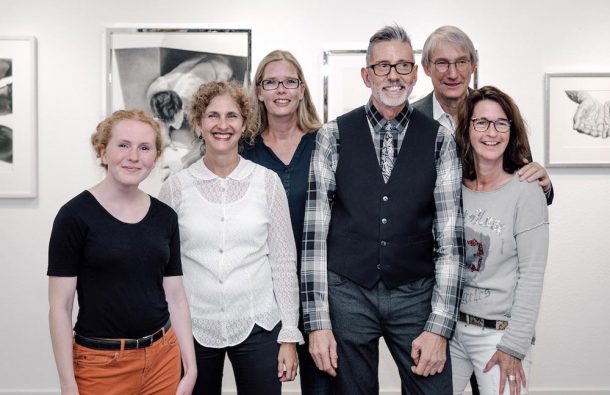