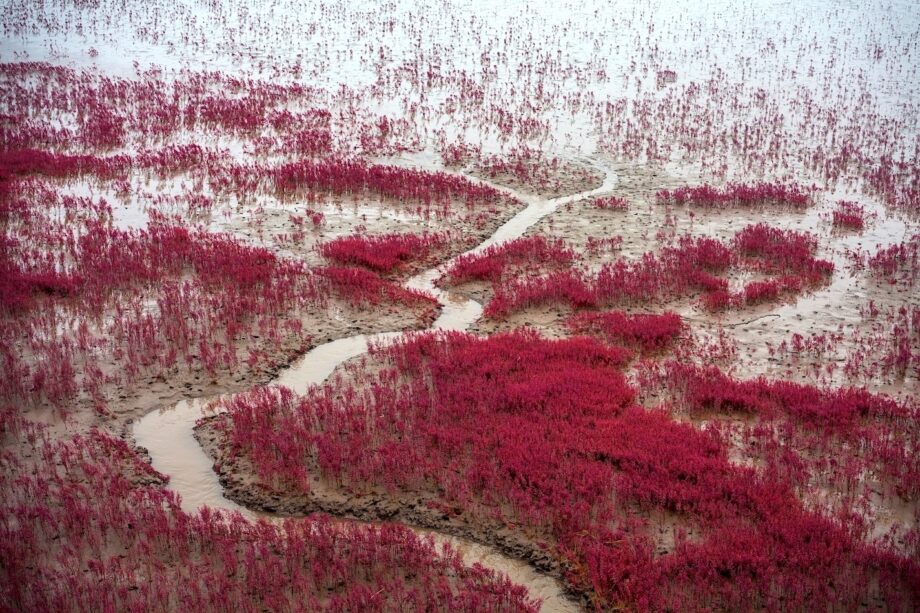 Panjin, Aug. 2016 : a view of Suaeda heteroptera ("seepweed" )along the beach in Panjin along the Liaodong bay in Liaonig province, China. What makes Suaeda heteroptera unique is that as it matures and absorbs more and more saltwater, it changes colors. In spring, it’s green. As the summer progresses, it slowly turns red. The area in 1998-1999 was about 2000 hm 2 , with coverage of 70 %～80 %. Since 2000 the eco-system has deteriorated and and the coverage decreased to 20 %～30 % . Lack of freshwater and high salinity caused by climate change are a major factor for the loss.